I preordered an M1 MacBook Air as soon as they were available on Apple’s site. Those who know me weren’t surprised I bought one of the new machines – I buy most new Apple products – however, several of my friends asked me why I got the Air instead of the 13" MacBook Pro or even the Mac Mini. At the time, the main reason was to give the retina MacBook Air form factor a try. I was hopeful that the fanless performance of the M1 chip would be comparable to the other machines, but even if it wasn’t I didn’t intend to do much on it that required sustained high performance.

Wow have I been blown away.

I won’t bore you with benchmarks or compile times, those are available all over the internet. What I will say is: this is the best laptop I’ve ever used. There are absolutely some rough edges, but it has all the pieces I need/want in a laptop.

Everything on this machine is fast. Everything. Apple’s Craig Federighi became a meme when he showed off the machines' “instant on” feature, but that’s not the only thing that happens significantly faster on this machine. 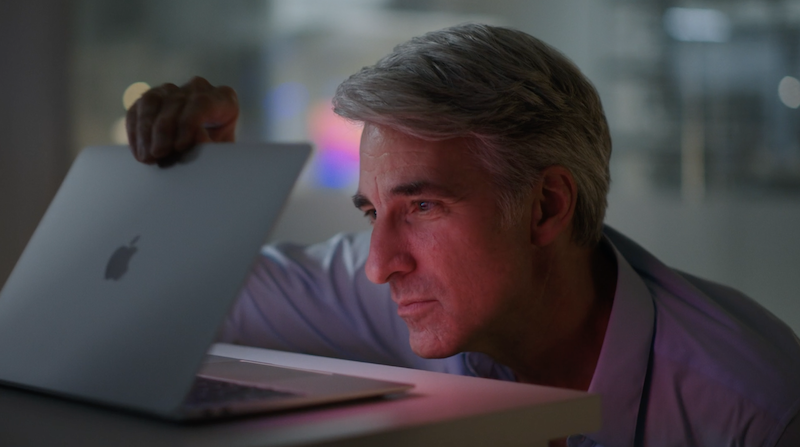 If you’ve been on macOS for a while, you probably remember times where you’d click an app icon on the Dock and you’d count the bounces before the app finally launched. Two, three, four bounces before core apps like Mail or iTunes would launch, ten or more for Xcode. On my machine, most apps are finished launching right around the apex of the icon’s first bounce, and Xcode launches with two bounces.

Of course, there are multiple things at play when launching an app and my comparison is ancient, but even on my 16" MacBook Pro from last year (i9, 32GB RAM) some of the system apps don’t launch until right as the icon is hitting the dock from it’s first bounce. I’m talking about milliseconds here, but it makes a big difference in my perception of how fast the machine is. It feels “snappy”.

Another place where the MacBook Air feels much faster than my 16" Pro from last year is Touch ID. My very uneducated guess is that the round trip from i386 → Secure Enclave → i386 is significantly slower because the Secure Enclave was designed initially for iOS/ARM devices. I believe there’s a translation layer in there similar to the Touch Bar, but with a native ARM chip, there’s no translation layer needed. (Am I totally wrong here? Please let me know!)

I’m still amazed by the battery life on this machine. I don’t have to do anything special to get 12+ hours of battery life. Over the last 24 hours according to the System Preferences battery panel, I’ve had around 480 minutes (8 hours) of screen on usage, and I still have 36% battery left. And that’s not general web browsing time. During that time period I’ve been working on this website, what I would consider “medium web development”. Leaving the screen brightness up, the keyboard backlight on, listening to music, etc. It’s impressive. 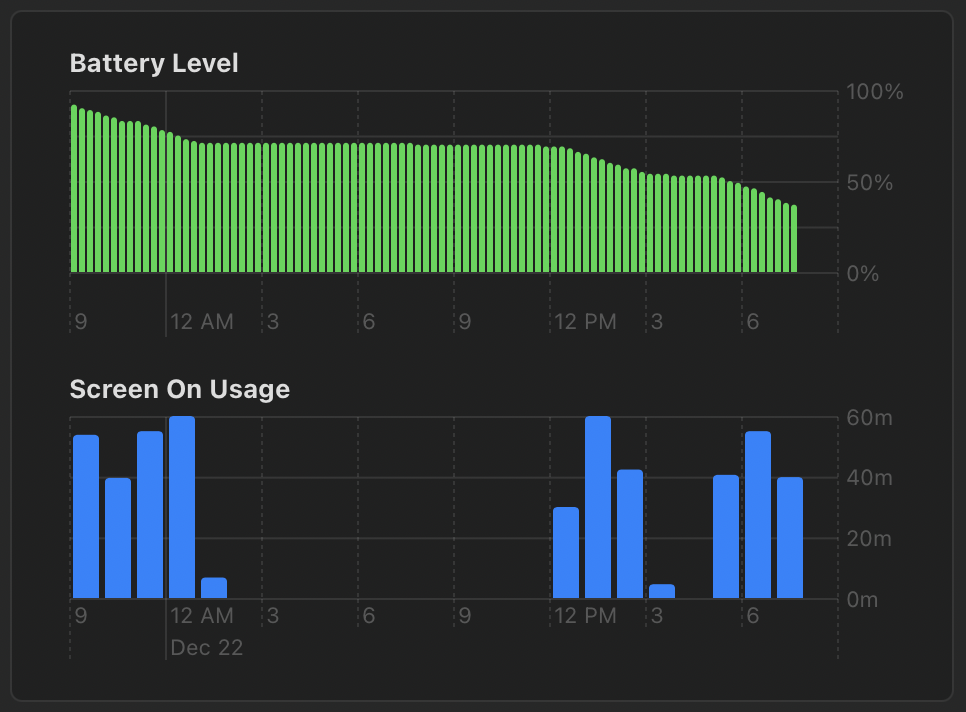 I’m a huge Apple fanboy but even I had to laugh over the last several years when Apple announced “all day battery life” of eight to ten hours (with your brightness down to 40%, and keyboard backlight off, and, and, and). But the battery life on this machine is so good that when the warning shows up telling you to plug in your machine, you still have an hour or so before you even need to start looking for your cable. It finally delivers on lasting “all day” (or close to it).

I thought going from a 16" screen to the 13" would be difficult, but the opposite has been true. The smaller overall form factor has made it nicer to use the laptop away from my desk, and the smaller screen hasn’t really made a difference for me. Then when I’m at my desk, I plug in to my Pro Display and the small screen really doesn’t matter. I’d love to see a redesign with even thinner bezels to somehow get a 14" screen into a similar form factor, but the screen size is a non-issue for me.

The keyboard is great, the same “Magic Keyboard” as my 16" machine with the new/old scissor switches. It’s a great tactile feel with just enough travel.1 And the “loss” of the TouchBar doesn’t feel like a loss.

I started by saying this is the best laptop I’ve ever used, but it’s definitely not perfect. There are a few things I’d love to see in a future iteration of this machine.

A better camera. The camera is not great. I understand that no one is out taking landscape photos or attempting studio quality portraits with the FaceTime camera on a laptop, but in the age of virtual everything… we deserve something better than a years-old 720p unit that’s “better” with the M1’s on-board image signal processor.

Thinner bezels/bigger screen. When the M1’s were unveiled, a lot of people were disappointed there wasn’t a case refresh at the same time. The decision made sense to me, minimizing production line retooling for these machines, but I would love to see a refreshed design that shrinks the screen bezels again and maybe squeezes a 14" screen in a similarly sized case.

A cellular chip. This isn’t the first time I’ve wished for a data connection on my laptop, but this machine is begging for one. With the long battery life and the small form factor coupled with the great performance, this is a go anywhere, do anything machine. You’re already not tethered to a wall for power, why should you be tethered to a WiFi connection?2

I think that’s it. Three things, none of them essential.

I’ve talked a lot about the hardware, not much about the software. We’re definitely in the early days of ARM-based macOS, but most things just work. Rosetta 2 is great, most native Mac apps I use are already universal, and it should continue to get better over time. In addition to the software mostly working, macOS itself feels better on this machine. Some of the random slowdowns and UI hitches I had sadly become accustomed to are nowhere to be found.

I’m extremely excited for the future of Apple Silicon Macs. These machines are what Phil Schiller and Greg Joswiak must have been thinking about as they smiled and assured us again and again that Apple still cares about the Mac.